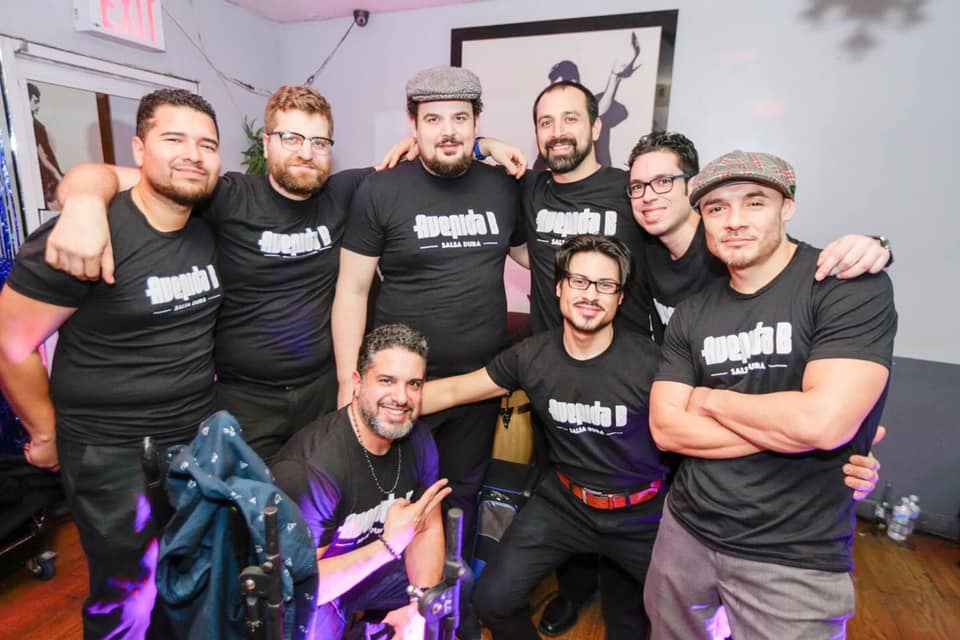 Avenida B’s bandleader David Frankel was born and raised in Alphabet City in New York’s Lower Manhattan, a neighborhood rich in the traditions and cultures that helped to create the Latin-American sounds of the 1950’s through the 1980’s and beyond. David’s late father, Daniel “El Mago Del Organo” Franklin, was a Latin pianist during these times, and had several salsa bands that played throughout the tri-state area and Las Villas, and rehearsed weekly at his home on Avenue B. David grew up going to these rehearsals, and gigs, it was in this environment that he nurtured a love and passion for Latin music.