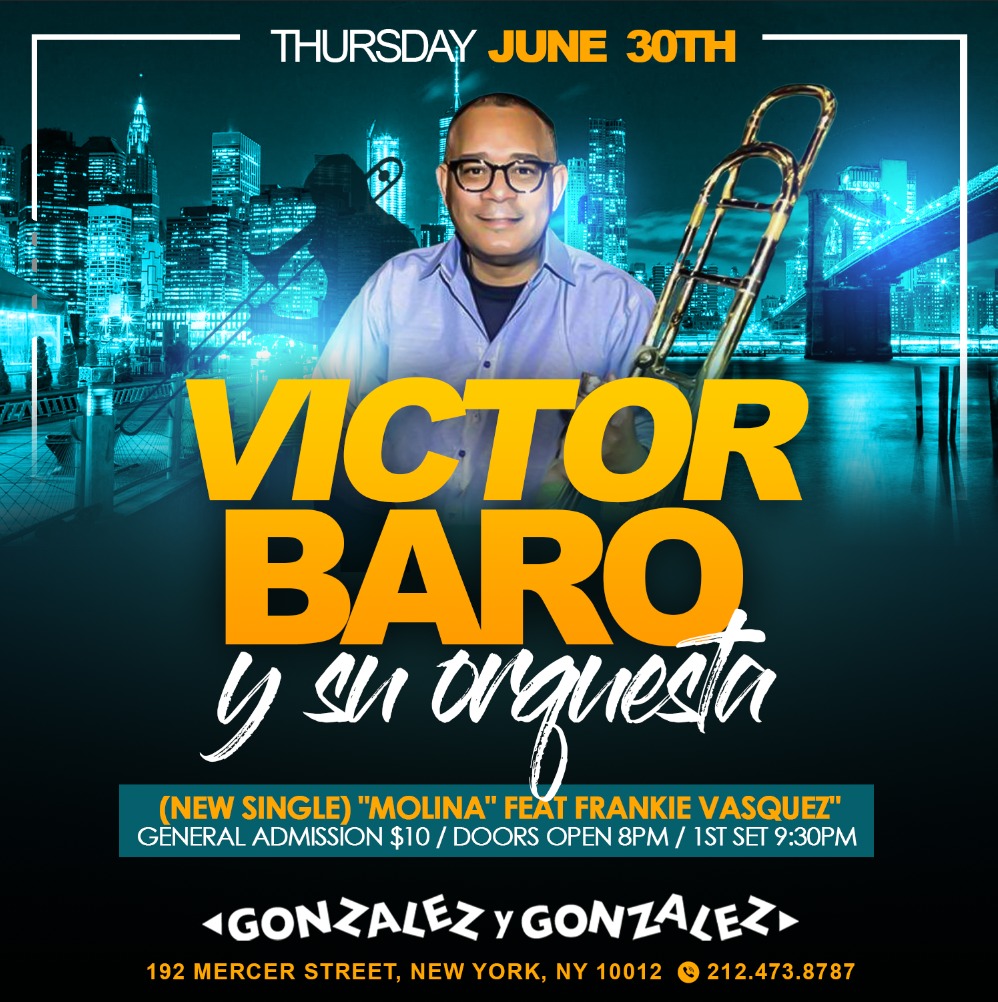 Victor Rolando Baro… Is a seasoned trombonist/band leader based out of NY & NJ.
Born in the Dominican Republic March of 1960, he migrated with his parents to New Jersey in 1969. At the age of seven he was loving music, as he started to take formal music lessons at the age of thirteen. He always had a percussive passion and easily picked up the tambura.
After attending Barringer High School in Newark he continued his education attending Bronx Community College, City College, and Brooklyn College. While attending school he received an offer to play with Los Nietos de`l Ray, Tito Allen and Adalberto Santiago which catapulted Victor’s career, enabling him to tour with Frankie Ruiz and Willie Colon. Once settled back in New York he continued performing with “The Copacabana House Band” backing up international singers like Andy Montanez, Hector Tricoche, and the Late Paquito Guzman. Making Victor the first call trombone player in the circuit.
Victor Baro is introducing his first musical production “Monia” Singing is his friend “El Sonero de`l Barrio” Frankie Vazquez and arranged by the talented and upcoming Kevin Pagan. In this production you will enjoy “Salsa Pa’l Bailador” as it’s one of the preferred salsa tracks in the NY/NJ club scene and dance instructor.