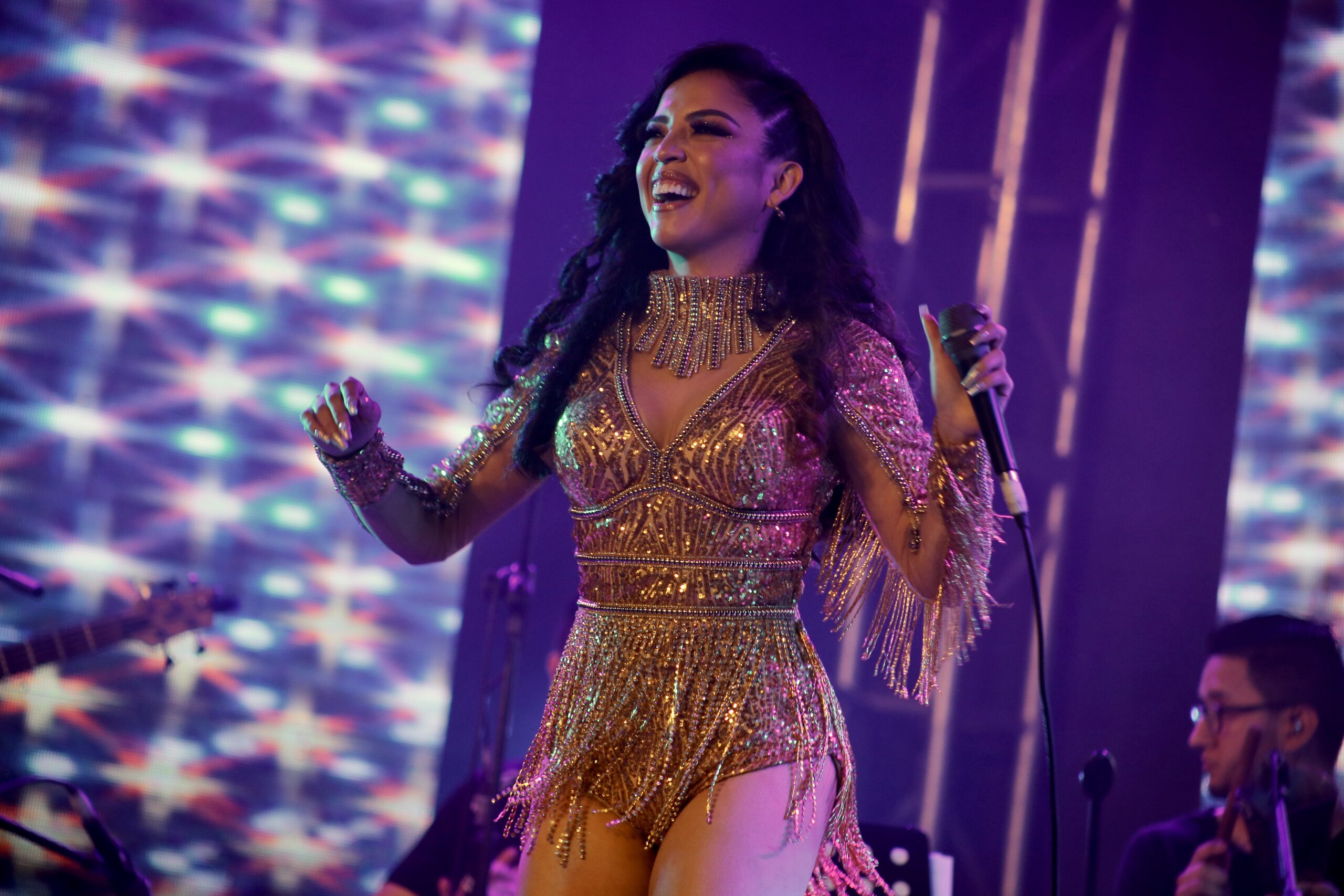 Mercedes pollett an artist who was born in Peru to a family of musicians Since she was a child, she always participated in artistic activities throughout her life. She studied music and theater giving her the opportunity to participate in different groups. In 2015, she recorded songs that catapulted her to success. Songs like “Simplemente amigos” that reach more countries like: Spain, Italy, France, Japan and USA. She then took a different direction when she decided to form her own orchestra playing popular songs that allowed her to tour internationally. She now residing in the US, she is relaunching her orchestra with a new musical proposal where genres such as: salsa, bachata, cumbia and merengue. Thus conquering the entire Latin community in the United States.